Readers may have noticed that my post "SAPS 496" has (again) entered the list of my most popular blog posts. Just this year, the Independent Police Investigative Directorate clarified my terms. What I describe in that post is called "false arrest". Since the matter appears still to be live (the popularity of the post alone may be some indication), I only comment with care. For the time being, I do not consider myself free to comment.

I was once closely involved in discussions surrounding the establishment of the World Evangelical Alliance’s (WEA’s) International Institute for Religious Freedom (IIRF). At the same time, I proof-read a text: Re-Examining Religious Persecution. Here is the author’s definition of such persecution:

“Religious persecution should be understood as an unjust action of varying levels of hostility directed at a believer or believers of a particular religion or belief-system through systematic oppression or genocide, or through harassment or discrimination which may not necessarily limit these believers’ ability to practice their faith, resulting in varying levels of harm as it is considered from the victim’s perspective, each action having religion as its primary motivator” (Charles Tieszen).

I’m not sure, though, about religion as the primary motivator. Does this do justice to what really happens on the ground? Some real examples: a pastor reveals corruption discovered through counselling, and is framed -- or a Church dismisses an employee for gender based violence, and is sued. OBSERVATION: I might try a definition like this: “Religious persecution is suffering at the hands of others for religiously grounded practices”. Of course, there might be religiously grounded practices for which one deserves to suffer!

The Invasions, so-called, decimated the Church in Europe around 600 AD. Bishoprics fell one after the other. The Church decided on a plan to reverse its losses -- but how? It turned out to be a historic turnaround. According to the great Church historian Henri Daniel-Rops (in The Church in the Dark Ages, shown), "The essential weapon was preaching". In addition to this, the preachers were instructed "above all to refrain from 'bombastic pathos'". Daniel-Rops gives a fascinating insight into the content of their preaching, too. OBSERVATION: Would it work today? I think, yes.
at 10:30 PM No comments:

Labels: How We Do It

I have been intrigued by the discussion about cheating in chess. Many of my electronic designs have been about simple, secret communication. This design (shown) communicates through heat. Other designs have communicated through pitch, electric field, electric shock, light, motion -- and so on. OBSERVATION: I think those people are correct, who think that cheating is unstoppable. But interesting that it is detected best of all by standing back and looking at the big picture.

My book has been doing best in the category “Christian Ethics”. This makes me uncomfortable -- not because I have a problem with Christian ethics, but because it seems to badly mis-characterise the book -- and would cause potential readers to badly mis-characterise the book. The word “Christian” does not appear anywhere in (the body of) the text. Nor is there any appeal to revelation in the text: "Christian" equals revelation. The book is, however, about ethics -- one-third of it. OBSERVATION: What could be Christian about my ethics? Firstly, it is based on orientation -- but rational, philosophical orientation. Secondly, it unites orientation with action. Orientation and action cannot be separated in my work.

Yesterday, my operating system vanished. I installed a new one (pictured). I always work with important files off-board—using SD cards—and back them up on-board. That way, I lose little in case of disaster. OBSERVATION: This is a version of Linux Debian. So far so good. It seems to cater well to my need for tens of windows open at the same time.
at 11:02 PM No comments:

This is an old post which I shelved -- an example of one of the many (often baffling) mini-crises one encounters in a Church:

"A staunch member of our Church went missing. I gave her a call. She said that she was boycotting the Church, because I was barring her from leading Bible study. This was new to me. I said, “We can solve this immediately. You can lead Bible study as soon as you are ready.” On hearing this, she exploded, and launched into a long tirade (several minutes). Her finest point, I thought, was that some “fatso” in Church had thought that she was "ugly". After a few minutes of trying and failing to get a tactful word in edgeways, I said, “Stop, I'm not listening to a tirade, I want to talk with you.” She still didn’t stop. I said, “You have a bitter spirit.” There was a sudden silence. She said, “What?” I said, “A bitter spirit.” At that point, she "went nuclear". I put the phone down.

(Not) Not Load Shedding

Our power went down a moment ago. I had checked several websites, which announced "NOT LOAD SHEDDING". Similarly, one has not invaded Ukraine; Biden is not the president of the United States; science is not a threat to the planet. OBSERVATION: Sometimes, South African agencies provide information like this for the sake of their image (I don't think this is the case here -- I think that this is simply a reflection of chaos).
at 1:02 PM No comments: 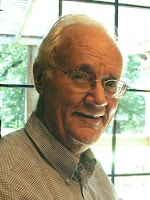 Writing a review today, I was reminded of Paul Hiebert (pictured). It was Hiebert who first introduced the term “excluded middle” to theology (originally a philosophical term). The theological “excluded middle” has been a pervasive characteristic of the Church in the Global North, which has had “a theology of God in cosmic history” and “an awareness of God in natural history”, however has tended to exclude “a theology of God in human history”. Thus missionaries from the Global North have frequently found themselves in situations where they have been unable to address questions of “the middle level”. OBSERVATION: However, Hiebert considers that there are two extremes against which we must guard. The first is to tend too much towards “denying the spiritual realm”. The second is “a Christianized form of animism in which spirits and magic are used to explain everything”.
at 8:25 PM No comments: 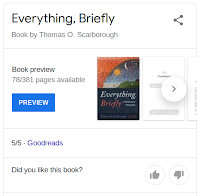 I see that I am at the moment the no. 6 most followed South African on the book discovery website Goodreads. I haven't had a pleasant experience on Goodreads, but I've made some good friends—and my book is riding high with 5/5, on the basis of three reviews so far.
at 7:58 PM No comments:

Four years ago, I was seized by gunmen. After reporting to police, I made a protected statement to attorneys -- which is to say, private and protected by law. An agent of the state got it nevertheless, in two days flat. This morning I received a message which ended with these words:

"i can still see through walls.
so, don’t suck your thumb, boy"

I was really shaken. My first priority, I thought, was to find out whether this was sent by an agent of the state, or some loon -- or simply someone who hadn't considered the possible power of a message like this. It took me a while, but I discovered that it (probably) is the latter. I was still shaken, but I could relax. OBSERVATION: I think there may be a lesson here. Perhaps the reader will see it.

I once made an appointment with an elderly woman in the Church, as she had become oppositional. But when I arrived at her home, she wasn't there. I looked up at her balcony from the street below, pressed the doorbell several times, but no response. Soon after this, stories began to circulate in the Church about the meeting I had supposedly had with her, and my scandalous behaviour in her home, all in perfect detail. The appointment itself was on the books, and not to be denied. OBSERVATION: My salvation came from an unexpected quarter. It came from the woman herself. She began to make similar allegations against Church office-bearers -- who similarly had not seen her -- and so she "cooked her goose".

I found this school report today, dated September 1966. It notes that I was "eager to learn with extraordinary interest in nearly all things". But I had "no ear for music". The report mentions "constant travelling". This was completely disruptive, and in fact came to disturb me in years that followed. Ships, canoes, old lorries, bicycles, wading, hiking ...
at 7:16 PM No comments:

Several times in my life, I have been advised to sue. Generally, one receives such advice where a win is a foregone conclusion. Many years ago, just once, I took the advice -- and won. I was awarded costs, too. But the other party refused to submit to the court's ruling. I took it to a second round -- and won again -- this time with a warrant of execution. The other party then offered a settlement. My attorney wrote, "Take it." I did -- on condition that there would be immediate payment -- and there was.
at 9:39 PM No comments:

I visited the Table Bay Nature Reserve today, which is run by our Democratic Alliance administration. The sign -- badly degrded and barely legible -- states that the reserve "protects sensitive Cape lowland freshwater wetlands". It is overrun (clockwise) with alien vegetation, covered with truck tracks, and used to dump (among other things) discarded tiles. You may click on the photos to enlarge. 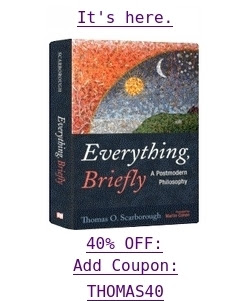